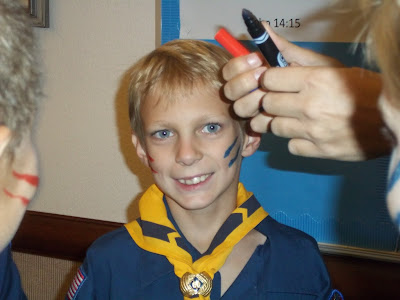 Ammon received his Wolf badge, a gold arrow point and 6 silver arrow points. This is one busy little scouter!
And he refuses to take off his war paint. Luckily we have a couple days before Sunday. Hopin' Crayola Markers wear off after a day or two.
Posted by Huston Family at 1:14 PM 1 comment:

What cute little bald babies we make. Can you tell who is who? (I have to admit, I struggled with a couple)
Posted by Huston Family at 9:14 AM 3 comments:

Today Rebekkah spent the afternoon at Phoenix Children’s hospital undergoing a battery of tests on her heart. The last few months we have noticed a few problems with her such as excessive sleepiness, and loss of appetitive, things the parents of a three year old without a congenital heart defect would just chalk up to "a phase". So we were apprehensive about her visit today.

Bekkah’s tricuspid valve, (no. 6 on the diagram) hung down 13 mm into her left ventricle (no. 7) at birth. The defect was considered a mild Ebstein’s Anomaly at that time. Today her echocardiogram showed that the valves have dropped 22 more mm and are laying flat against the walls of the ventricle. To give you a better picture, her heart is about the size of a small plum and 35 mm is about an inch and a half. So now her left atrium (no. 5) is very enlarged and her ventricle is less than half it’s normal size. Her condition has now been upgraded to a severe Ebstein’s Anomaly. Blood flows down from the left atrium into the ventricle and the function of the tricuspid valve is to stop blood flow (regurgitation) from going back up. People with a displacement as severe as Bekkah's have large amounts of regurgitation. Her doctor’s words were ”leaks like a sieve.”
For some amazing reason, however, her echocardiogram showed that Bekkah’s leaks very little. If fact your's and mine might leak as much as hers. It was so remarkable that her doctor called in two other doctors from the practice to take a look. None of the three had ever seen anything like it.
If her heart leaked like it should be, she would not be getting enough oxygenated blood and would go into heart failure. There is a surgery to fix the tricuspid valve. This surgery is only performed at the Mayo clinic in Minnesota. It is very difficult and not very successful, especially on a 23 pound little girl who’s heart is the size of a plum.

So today we thank you for all of your prayers for our family and our little girl. And we thank our Heavenly Father once again for another miracle for the Hustons! 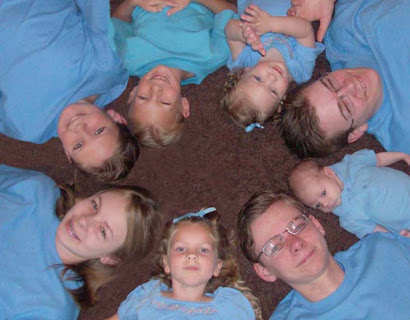 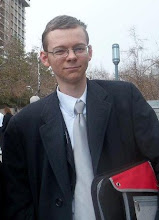 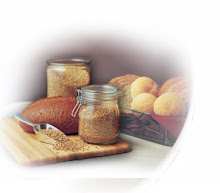